Surveillance is King, and Entrepreneurialism One of its Representatives

Mateus Guzzo explores the interaction between surveillance technology and entrepreneurialism. 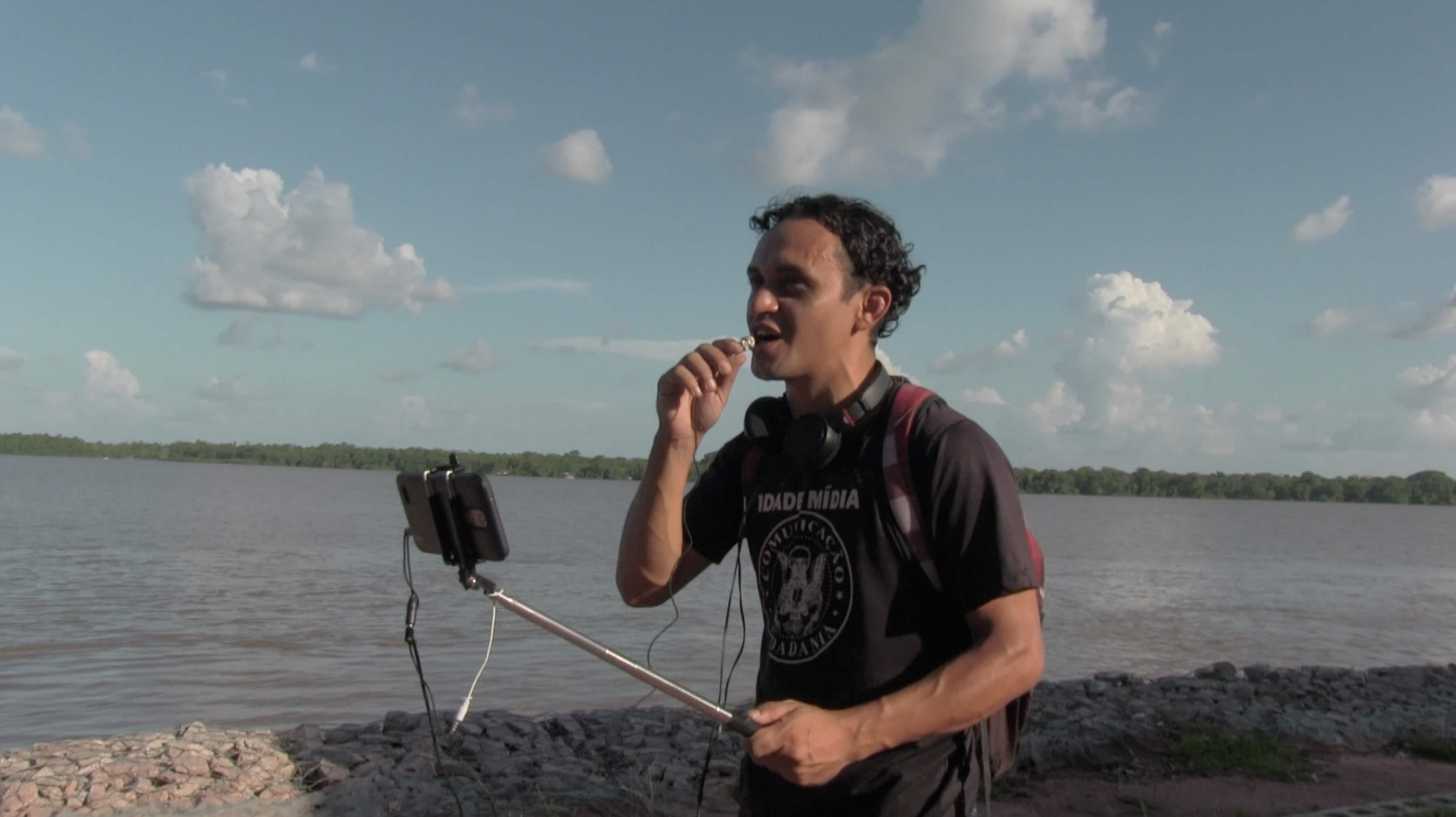 An indigenous radio-host media-activist, holds a selfie stick on the banks of Guamá river in the Amazonian rainforest, north of Brazil. He speaks into a miniature microphone about "democratizing the media" – live on Facebook – to an audience of tens. The opening sequence of the documentary Third World Manager (2021) depicts the precarious and confusing amalgamation of information technologies with the social urban fabric of even the most periferic cities on the planet. Angelo Tupinambá, the main character in the film, guides the viewer in navigating the (pre-pandemic) entrepreneurial landscape of Belém do Pará – as part of his quest to market and grow his 15-year-old activist web radio station through online platforms. While advocating for more democratic access and a public redesign of communication systems, Angelo employs any digital platform, including private ones, to get his message across. This picture of the Amazonian city is less of an exception of how emerging technologies are changing everyday life, and more like a rule: Digital platforms are now the condition for urban architecture.

In the movie (just as in real life), we see Angelo performing a variety of functions as part of his role as a digital entrepreneur that responds to different platforms. He works as a communicator and content creator on YouTube, in order to educate various audiences about the role and importance of grass-roots communication as a human right. He is also an organizer on WhatsApp, connecting several social movements around the issues of media accountability, democratization and representation. In order to do that, Angelo often plays the roles of audio technician, sound editor, radio programmer and coordinator for his online radio called 'Idade Mídia - Civic Communication', documenting the life of his project on Instagram. As the web radio is hosted also on Facebook, he is also responsible for acting as a cultural mediator and giving workshops at local branches in exchange for participation. He does all of this to pay rent and afford access to the internet, so that he can acquire independent donations and paid subscriptions through crowdsourcing platforms to sustain his life, his work, and his family.

As we can see from this situation, digital platforms are not only offering "usual" services in a "now digital" manner, but are also significantly changing the terms and conditions of our society. According to Tarleton Gillespie, platforms function in many ways as moderators, allocating work and responsibilities to its users. This is particularly true when thinking about questions of labor and precarity that have been accelerated during the pandemic, with the rise of micro-task and delivery platforms. But this process also operates in a more subtle, socio-political and cultural way. By making users to manage themselves, platform workers are elevated to the condition of 'partners' under the social contract of digital platforms. This blurring of meaning (but not in reality) present in the terms that emerge from platform contracts and interactions allows for a re-engineering of social and labor relations, creating a 'psychological ownership' of these platforms by their users, when this is definitely not the case.

If even before COVID-19 digital platforms already managed many central aspects of life in cities –– like urban mobility, financial transactions, and access to news –– quarantine urbanism drastically accelerated the digitalization of public space and infrastructure. The prevalent model of data (and machinic) ownership, and surveillance in the post-pandemic cities is one where big enterprises, be it governments, state forces or private companies, use citizens' data to maximize the effectiveness of their services, and the expand the range and depth of their influence. Examples of this can range from good to bad. The storage and analysis of public health data helps the mitigation of COVID-19 infections. Military and corporate espionage is seen in the latest leak about the NSO group, who actively spied on activists, journalists, and NGOs all over the world. The multiplicity of roles performed by Angelo should also be considered within this spectrum as another instance of this larger surveillance infrastructure: his everyday activity, like many many others, is very much conditioned by his interaction with digital platforms.

As we have seen, the 'hustle' implied in the interaction with these platforms is not only social, but also psychological. Coupled with the history of economic dependency and underdevelopment of the Third World, platforms also accelerate individualism, competitiveness, and rights flexibilization as values. In her book Chasing Innovation, Dr. Lilly Irani outlines how people "scratch together any resources they have (...) to create investable opportunities that promise value for investors in the name of development". Entrepreneurial Citizenship, as Irani called it, is optimized by surveillance. Beyond the scrutiny of digital communications by governments and the active use of communication platforms to skew elections worldwide (Brexit, Brazil, United States and beyond), surveillance infrastructure produces more than simply data: it produces subjects. It is not only the extractive and predictive processes that model public behaviour through data, but also the ideological enabling produced by graphical, relational and operational structures of self-exploitation and dismobilization.

The path going forward has been the subject of a heated debate in academia. From the perspective of pro-technologists, like Benjamin Bratton for example, naming the problem as "surveillance" –– as a critique of societies of control –– throws "good" technologies with the bath water. Stephanie Sherman proposes that instead of recycling Foucault's Panopticon theory to describe complex, multimodal and multiperspectival technologies, new socio-political theory is needed to comprehend the contemporary "polyopticon" societies –– a term to describe the several eyes and stakeholders involved in designing, implementing, and maintaining smart city systems. From a post-colonial perspective, Paula Chakravartty points out that western technological development and business models are not only shaped and supplied by extractivist, individualist and colonial models of urbanization, they are themselves engines of coloniality.  "A colonial reality, not a metaphor, that we are living in and need to break-out from", echos too Nick Couldry and Ulisses Meijas, explaining the 'data relations' by which users engage with interfaces, platforms, infrastructures, technologies. How much more complex can the question of the development of urban socio-technical systems get? Well, Angelo Tupinambá, from Belém do Pará, might give us a clue.

As this question needs to be expanded further, a “Media Democracy” paradigm –– as defended by Angelo Tupinambá and many other activists around the world ––  inspires us to think not only about the content of a new social contract, but also about its form. As many cities are shaped by “platform-ed” surveillance capitalism, expanding the scope of analysis and bringing marginal social and cultural processes to the center of the question will be key to redrawing the way people interact with media infrastructures, how they communicate, and how they decide collectively.

[3] Custodians of the Internet, Tarleton Gillespie.

[9] Hackathons and the making of Entrepreneurial Citizenship, Lilly Irani.

[10] The Revenge of the Real, Benjamin Bratton.

[12] Data as an instrument of Colloniality, Paula Chakravatty et al. 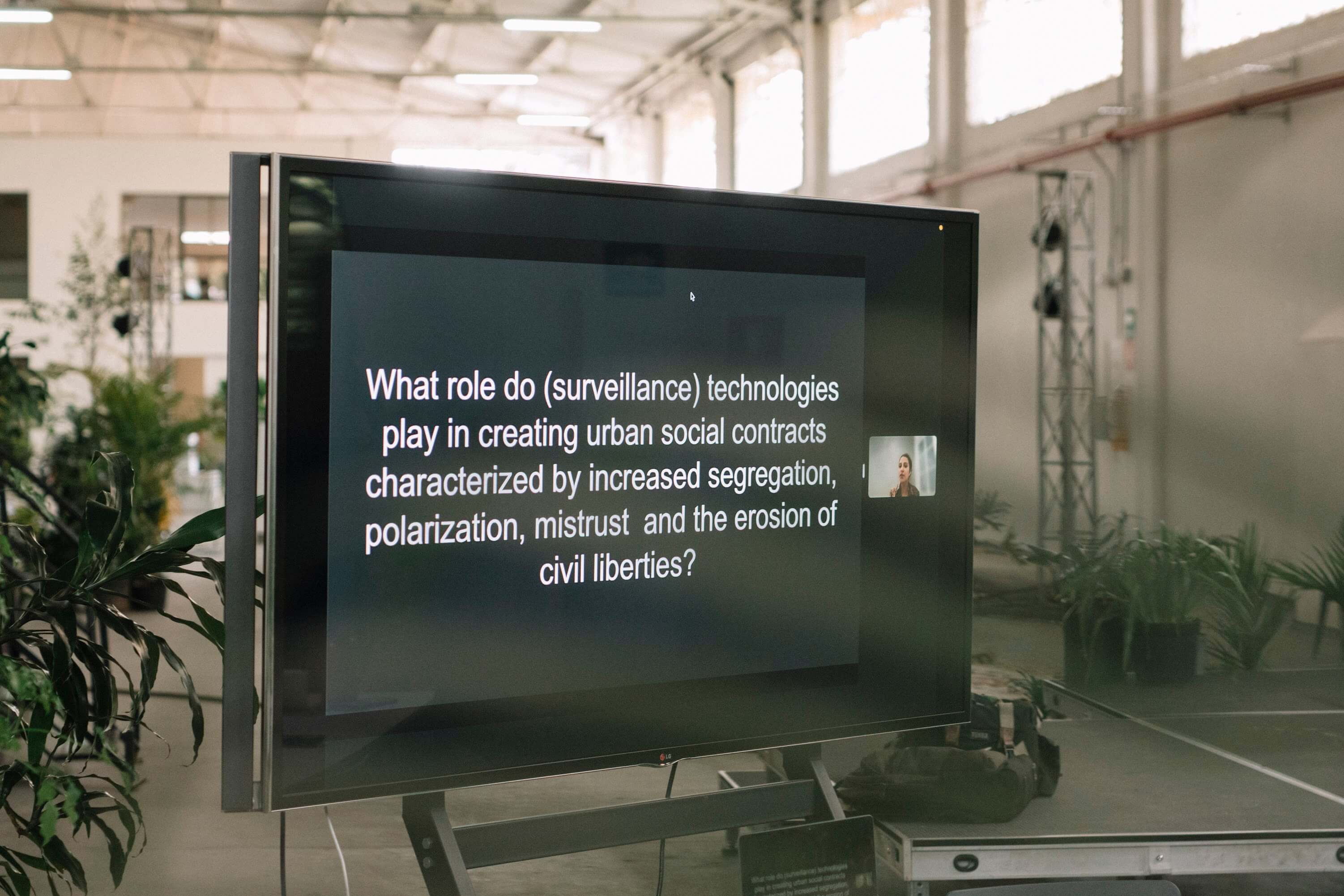 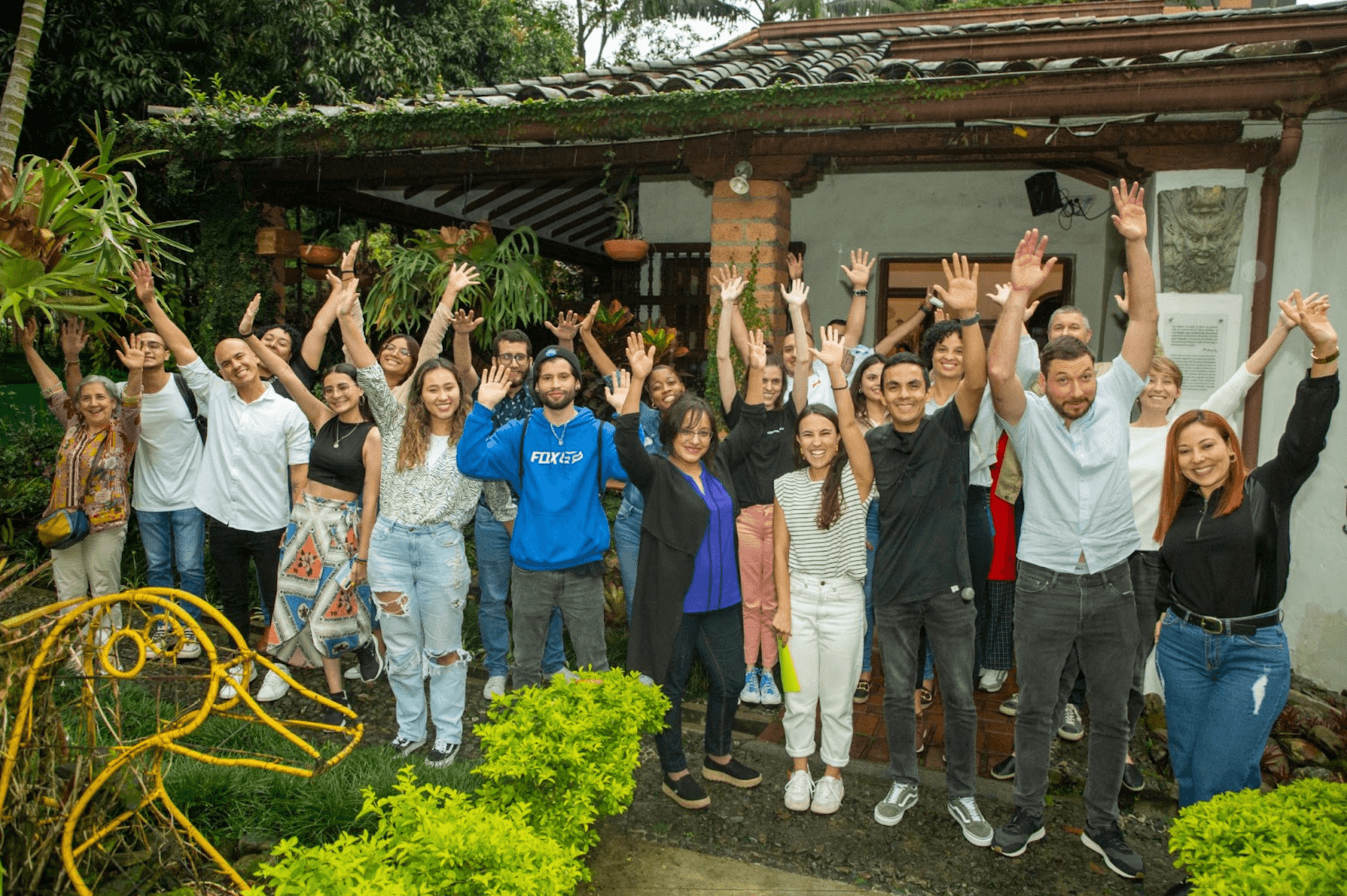 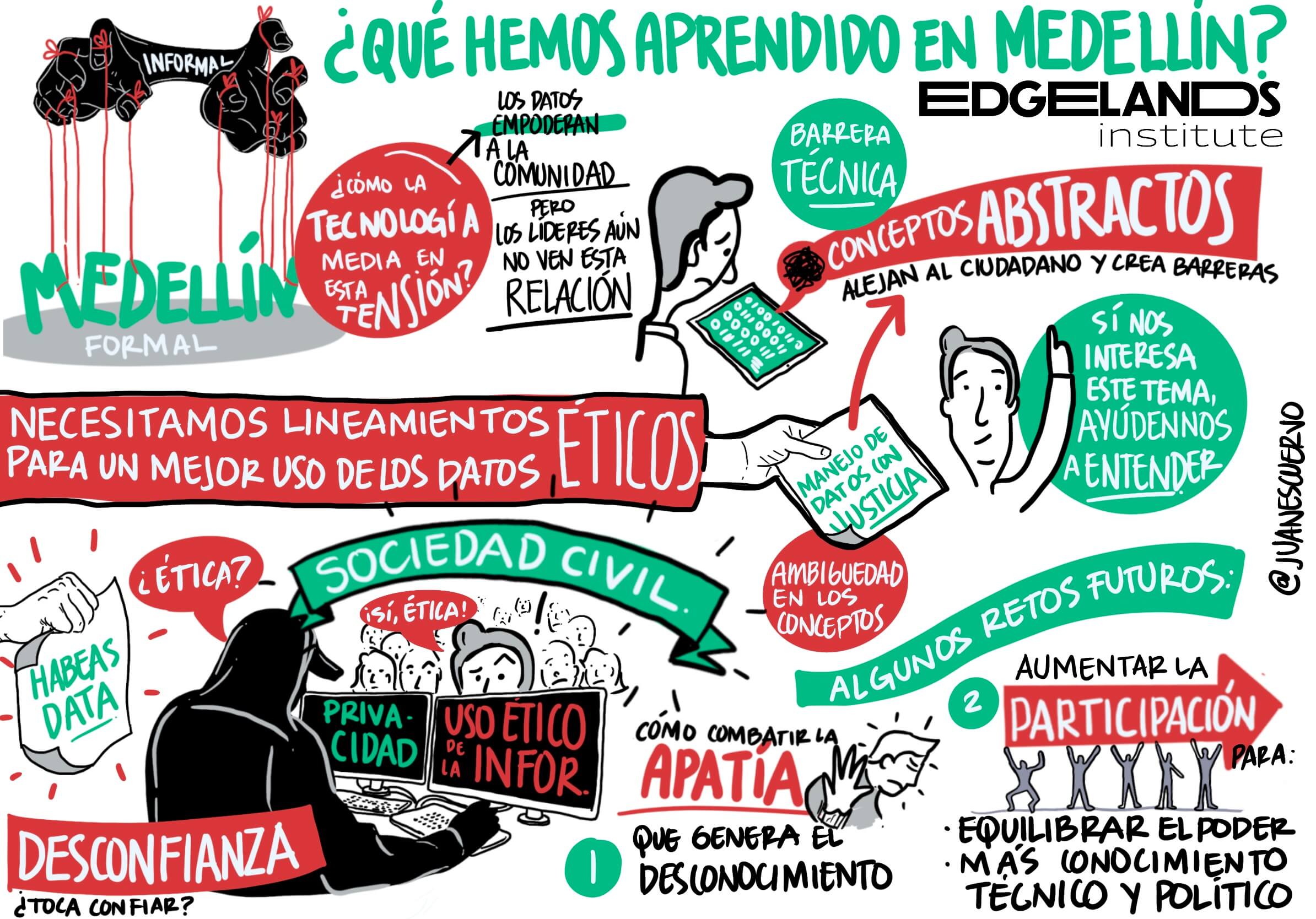